The world was caught by surprise as interstellar asteroid ʻOumuamua visits our solar system. It is the first object known to arrive from deep space and do a loop around the sun. The Asteroid travels at a speed of --,--- (--,---, --). It appears to come from another star. The name ʻOumuamua is Hawaiian for scout.

Where is Asteroid 1I/ʻOumuamua now?

Asteroid Oumuamua was discovered in 2017 by Robert Weryk using the Pan-STARRS telescope at Hawaii. It passed through or Solar System close to the Sun and there was some confusion whether it was an actual alien spacecraft. However the SETI institute discovered no radio transmissions from 1I/ʻOumuamua. It appears to just have wandered into our solar system as it's orbit does not revolve around the sun. The Sun's gravity however has a huge impact on the trajectory of this interstellar object and it is leaving in a completely different direction than where it arived from. Its speed relative to Earth is ---,--- (--,---) .

Asteroid ʻOumuamua passed 'close' by Earth on it's path, and astronomers were able to take some observations and measurements. However as the object was still 24 Million km (15 Million Mi) away it was very difficult to get any certainty on the composition of this interstellar rock. Scientists have been able to verify 1I/ʻOumuamua is a very thin long asteroid. It's origins are still debated amongst scientists are there are no obvious candidates in nearby stars. 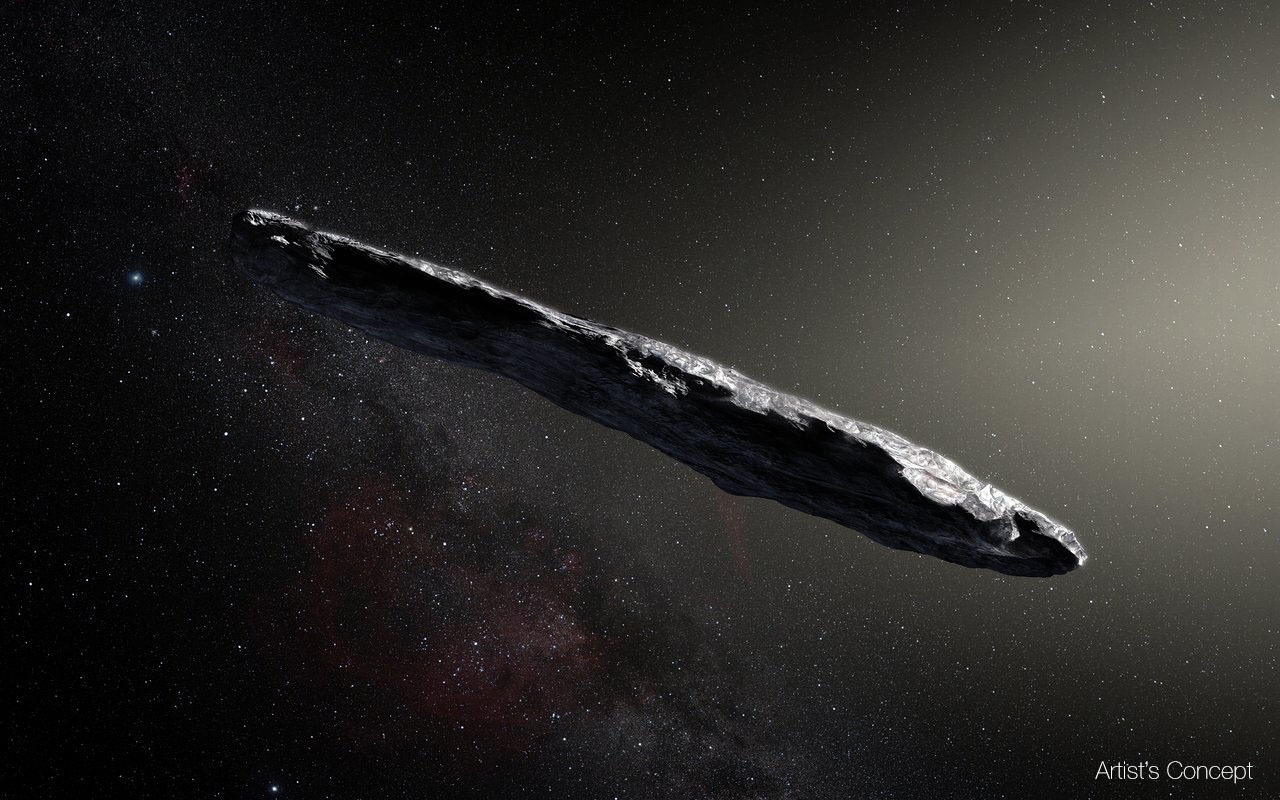 Interstellar Asteroid ʻOumuamua was discovered very late, but determined not to be a risk for collision with Earth. The rock should be observable until about 2020, after which it will disappear headed for deep space again.

The aim of this site is to educate and entertain. To help cover costs associated with hosting and running the site, some limited advertisements are used. Some cookies may be used to ensure that we give you the best experience on our website. Thank you!
I accept