To everyone’s relief, the asteroid samples collected from 162173 Ryugu landed safely back on earth last Monday (December 7th). Scientists hope that studying these asteroid samples will give them clues about the origin of water and complex molecules on Earth, as unlike naturally falling meteorites, these samples are not contaminated by the local climate or heated on reentry.

But where is Hayabusa 2 right now?

The Hayabusa2 mission was launched in 2014 by JAXA to rendezvous with the near-Earth asteroid 162173 Ryugu. Launched on the 3rd of December 2014, the spacecraft used a combination of carefully plotted space trajectories and an ion engine to boost it along the way. A high velocity was needed, not just to make it to the far off asteroid, but also to match its ridiculous speed of 117,474 km/s (33 km/s). Not only did it manage, but for a short while it even exceeded that when blasting through space at a staggering 119,376 km/h. To get there it needed to traverse over 175 million km (that is 1.2 times the distance between the Earth and Sun!) The task was not an easy one, but hopes increased along with the size of the asteroid on the photos that Hayabusa2 took. It was just a tiny white dot on the first photo taken on the 5th of June 2018, but grew very rapidly. 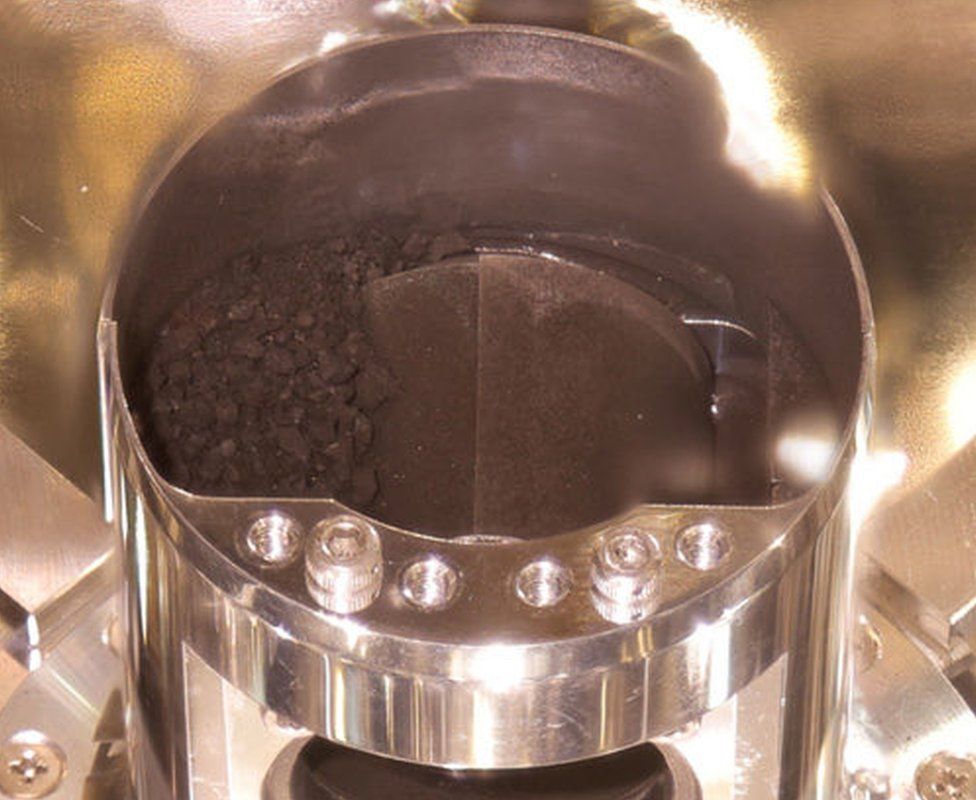 Like the Rosetta mission, the Hayabusa2 successfully reached the asteroid and managed to park itself in an orbit around the tiny rock with a less than 1 km diameter. The gravity is only 0.00125% of that on the earth and therefore virtually nonexistent. To give you an idea of the accuracy that the Hyabusa2 required to stay in orbit; the asteroids escape velocity was about a quarter of the average walking speed.

Despite these challenges, the probe successfully orbited the asteroid for 18 months while performing all kinds of scans and measurements, including launching a specialized ‘impact device’ to create a crater. This was done in order to get to a deeper layer of the asteroid, material that had not been exposed to the harsh and unforgiving environment of space. Perhaps the most impressive feat of the Hayabusa 2 is that it managed to come close enough to the crater to grab a soil sample with its arm and then fly off again, back to Earth.

This is not the end of its journey though! After releasing the return capsule on December 7th, Hayabusa 2 continued its journey into space. Its sight is now aimed at asteroid 1998 KY26, the most interesting asteroid that it can reach with its remaining fuel. The Japan Aerospace Exploration Agency (JAXA) estimates that it will arrive in 2031.

Asteroid Ryugu currently is not predicted to have a chance of a collision with earth at any time.

*This Interactive 3D Simulation is built on data provided by NASA JPL HORIZONS database for solar system objects and International Astronomical Union's Minor Planet Center. Distances and speeds are estimates based on this data.