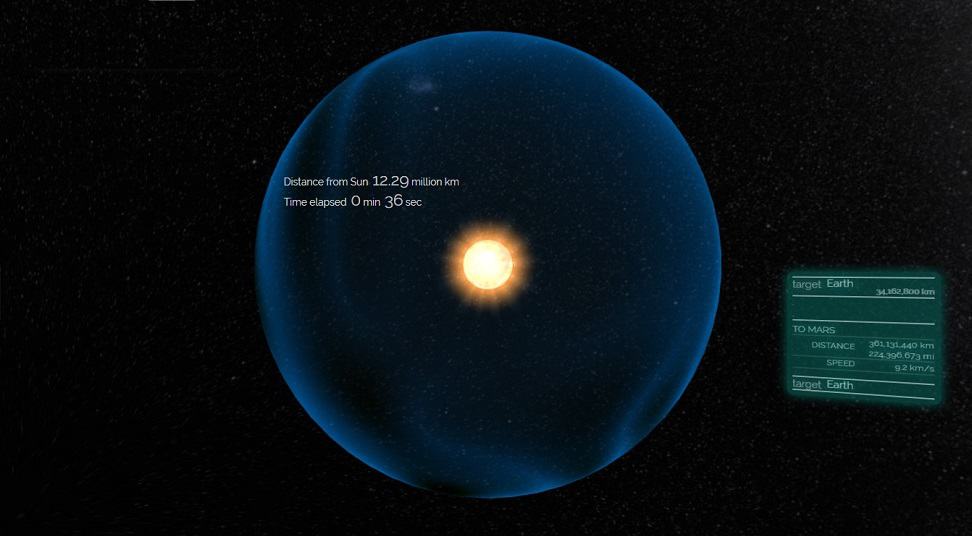 This lightspeed simulator shows you exactly how ‘slow’ the speed of light actually is! Simply double click on a planet inside our solar system, and watch as the outward ‘light speed’ bubble expands.

Many people feel as if the ‘speed of light’ is a powerful force of nature – the ultimate standard for speed and acceleration. However, in the grand scheme of things, the speed of light is actually quite tame.

When you observe the simulation, you’re forced to consider two logical options: Either the speed of light isn’t the ultimate force we’ve been led to believe it is, or the scale of the galaxy is unbelievably large.

The truth lies somewhere in the middle.

You see, the speed of light is 299,792 kilometers per second. At this speed, it would take 2.51 seconds to reach the moon and back from the surface of Earth. However, if we’re to zoom out and attempt to reach another planet, the speed of light becomes far less shocking.

In the future, we could see advanced space craft with the capacity to travel at near light speed; will these space craft reach our loft expectations? Only time will tell.

The scientific ability of our entire species will be put to the test as we explore the unknown. Nations have tried and failed (miserably, I might add) to reach the relatively short trip to the moon from Earth.

When you take a moment to realize the sheer size of the universe we live in, it really is a wonder of imagination.