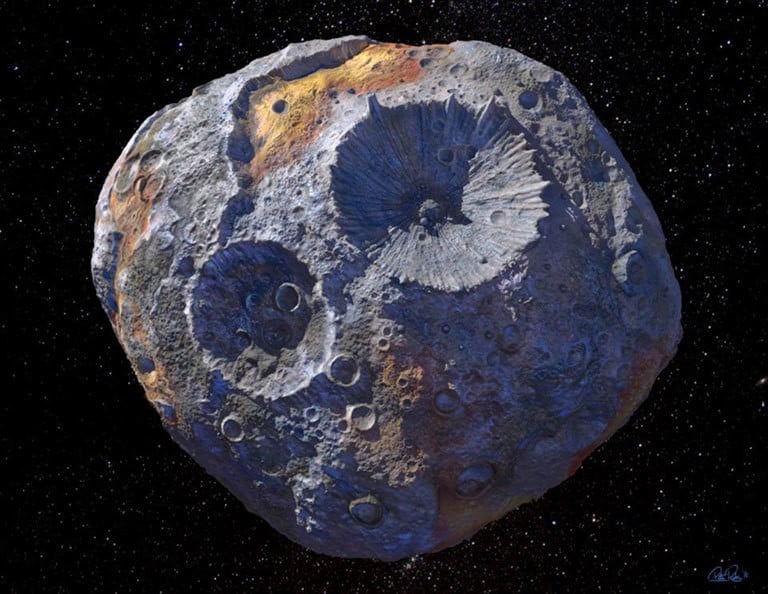 A space object with the name (16) Psyche has everyone at NASA excited. This massive metallic asteroid is thought to be pure iron and nickel. With a size of 200 km (130 miles), it’s one of the 10 most massive bodies in the asteroid belt. If we could somehow mine it it is worth approximately $10,000 quadrillion. However that’s not the main aim of NASA’s planned mission. NASA hopes exploration will help futher our understanding of the solar system. It’s distance from Earth is --,---.

Where is Asteroid (16) Psyche now?

Scientists wonder if Psyche is the core of a planet just like earth that broke apart after a series of collisions, leaving only the core intact. With a space craft equipped with a magnetometer, multi-spectral camera, gamma ray and neutron spectrometers and laser technology, scientists want to gather as much information as possible about this mysterous object. It may increase our understanding of our own planet as well as it’s nigh impossible to get to Earth core, buried under 2,800 km of rock.

How fast is Psyche going?

Check out the simulation above, where you can observe and track the orbit of (16) Psyche, and explore the solar system.

When does the mission start?

NASA’s asteroid mission has received approval to enter the final design stage before manufacturing. Launch is scheduled for 2022.