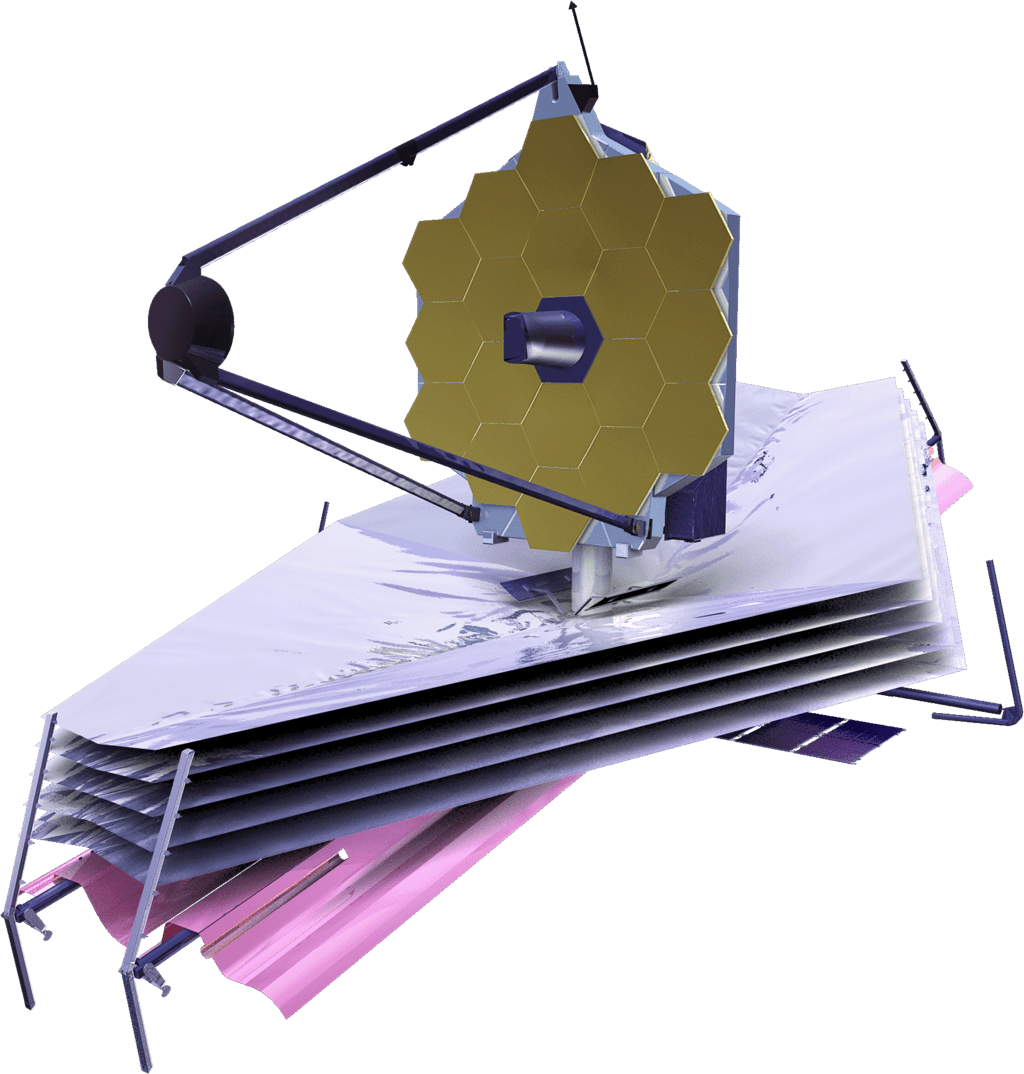 The James Webb Space Telescope (JWST) is a large telescope that will be positioned in High Earth Orbit, about 1 million miles away. The spacecraft launches no earlier than Christmas Day, 2021. While the Hubble Space Telescope will be used beside the JWST, James Webb has a far better accuracy and spectrum, as it can sense infrared and ultraviolet light waves. James Webb is being sent to a stable point between the sun and Earth called L2, or the Lagrange point to get a better, unobstructed view of the cosmos. This is, by far, the most advanced telescope to ever be built by humans. You can find the James Webb Space Telescope tracker here. It’s currently --,--- from us.

Where is the Webb Telescope now?

One of the goals of the JWST is to capture early events of the universe, like early star and galaxy formation. It can see 13.6 billion light years away, which means that the time it takes for the light to reach it is 13.6 billion years. This means that light from 13.6 billion years ago is making its way to the lens of the telescope. That is so close to the formation of it all, 13.8 billion years ago. The missing link between us and the early universe was infrared detectors. These sensors will detect faint light coming from the early universe. With this technology, we’ll finally be able to get a better glimpse of our past.

The JWST may even be able to detect some exoplanets with alien life on them. If this is true, we can finally know if we’re alone or not in the universe. The interesting part is that the telescope has an excellent resolution of 2000 by 2000 pixels. The infrared resolution is actually greater than the optical resolution of the Hubble. That means that we will view space like we have never done before.

On Christmas, 2021, the JWST will be accelerating away from our planet, to get to the Lagrange Point. This is where it will capture views of the universe like never before. If you’ve ever seen a Hubble image like the Pillars of Creation, then you may know that those were taken with an outdated telescope. The James Webb will finally be able to capture higher quality versions of images we love. Not only that, with the alien life and 13.6 billion light year away aspect, this is the most powerful Space Telescope ever built. It can also even detect small objects in the far away solar system. There has been a theory that there is a ninth planet in our solar system, beyond Neptune. We may be able to find that out with humanity’s brand new eyes on the universe.

Of course, everything has its drawbacks. Everything must go perfect for this launch, otherwise it can’t see what we want it to see. And because it’s so far, we can’t service it. So, we can only hope it goes well. With the James Webb Space Telescope tracker above you can track its progress.